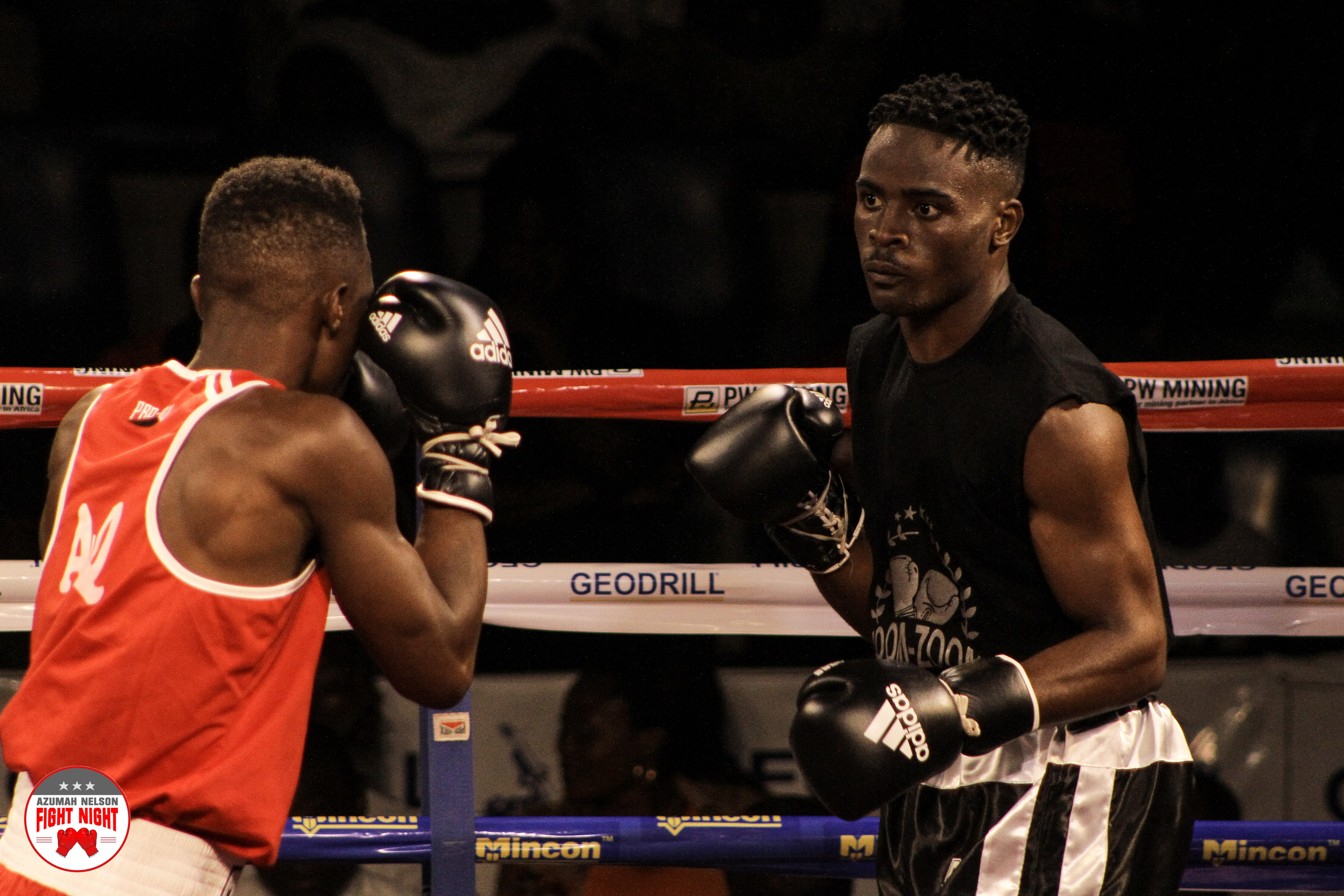 A number of mining companies are supporting the fourth edition of the Azumah Nelson Fight Night which comes of at the Bukom Boxing Arena on Saturday, August 19, 2017.

Mr. Heta Hema-Mann, promoter of the Ghana Versus UK programme said at the Accra City Hotel that there are prospects in Ghana boxing that is why they have attracted a number of companies, especially from the mining sector.

He noted that due to the mouth-watering package of quality boxers on the bill most corporate tables for the night have been sold out and there are a few VIP tickets on sale.

He named some of the companies as Geodrill, AMS, PW Mining, SGS, Mincon, Sahara Mining, MS/Risk, Bidvest and BFT.

Mr. Heta Hema-Mann commended these companies for involving and investing into Ghana Boxing and creating opportunity for the new talents who want to become world champions.

Featuring on the event with four British boxers is Davlin Azumah Nelson who said boxing is not a debate, but the ring decides, when his opponent bragged to knock him out in round two.

With an amateur record of five fight, winning all, the University of Ghana Level 300 Business Administration student wants to fight for Ghana before turning professional.

He has set his eyes on the next Olympic Games in 2020, and disclosed that he is not in a rush to become a champion as he is already the son of the greatest African Boxer from Ghana, but promised to make a name for himself.

Meanwhile, the contingent of four British semi-professional boxers led by super-featherweight brawler John “Hitman” Hicks has vowed to cause a massive upset on Saturday when they face their experienced Ghanaian opponents at the Bukom Boxing Arena.

The tough-talking contingent which also includes middleweight Keiran “Lights Out” Lienster, Anthony (Tony Macaroni) Ayinde, Felix Okine and Oliver Duffy arrived in Accra on Saturday to grace the fourth edition of Azumah Nelson’s Fight Night and were unanimous in their convictions that they would punch above their semi-professional tag when they face-off against their Ghanaian opponents.

“I have watched short clips of my opponent and what I can say is that he is very robotic,” a confident Hicks (14-2-0) said at Tuesday’s briefing in Accra.

“I am here to win and they call me the Hitman because when I hit something, it stays hit”.

Hicks’ Ghanaian opponent, Oluwaseun was similarly confident about his chances, vowing that his opponent would not last beyond the fifth round.

“I haven’t seen any of his bouts but he won’t go beyond round five, I won’t sit here and allow him to come and beat me. It won’t happen”.

Keiran Lienster who will take on Ghana’s Emmanuel Anim in the International middleweight bout has also promised fireworks.

“I have prepared very well and I am ready to battle, I don’t care about the crowd, I will go out there and shock him.

“I have been preparing for this fight for months and the day is here, is going to be fireworks out there.”

On the undercards, Ghana’s Raphael King will face Brit Anthony Ayinde in a six-round international super lightweight affair, Wasiru Mohammed will lock horns with Felix Okine in an all Ghanaian affair and Davlin Azumah Nelson Junior, the son of the legendary boxer, Azumah Nelson will fight Brit Oliver Duffy in an international amateur lightweight bout.

According to the organisers of the Azumah Nelson’s Fight Night, although the results of the encounters would not impact the fight records of the boxers, the hefty purses at stake would serve as motivation to the boxers who will grace the night.

The CEO of Hemann Promotions, Heta Hema-Mann said the Ghanaian boxers would also benefit from the invaluable experience they would get from fighting United Kingdom-based.

Ghana Boxing Authority (GBA) executive member, Carl Lokko said it is good that more promotions are coming up at the Bukom Arena and urged the media to promote the fight and boxing in Ghana. He also advised boxing fans to comport themselves as the sports attracts gentle spectators.`

Geodrill supports Kylie Fulmer is her quest to be World Champion